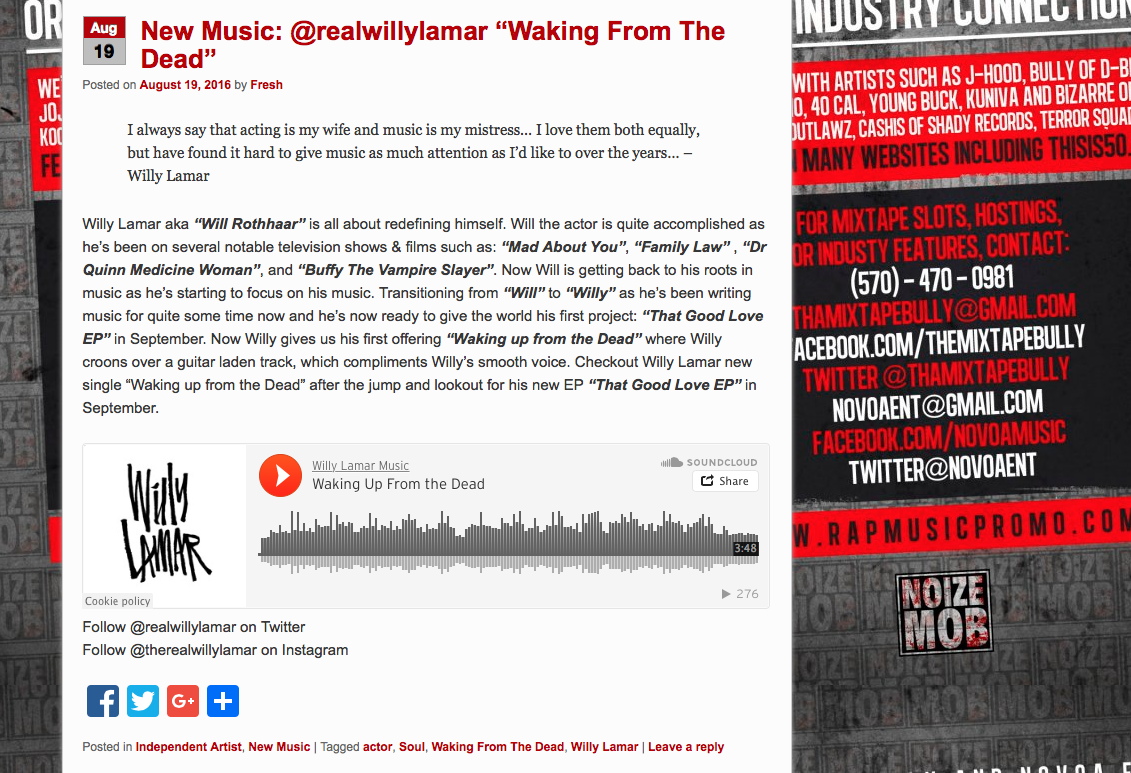 I always say that acting is my wife and music is my mistress… I love them both equally, but have found it hard to give music as much attention as I’d like to over the years… – Willy Lamar

Willy Lamar aka “Will Rothhaar” is all about redefining himself. Will the actor is quite accomplished as he’s been on several notable television shows & films such as: “Mad About You”, “Family Law” , “Dr Quinn Medicine Woman”, and “Buffy The Vampire Slayer”. Now Will is getting back to his roots in music as he’s starting to focus on his music. Transitioning from “Will” to “Willy” as he’s been writing music for quite some time now and he’s now ready to give the world his first project: “That Good Love EP” in September. Now Willy gives us his first offering “Waking up from the Dead” where Willy croons over a guitar laden track, which compliments Willy’s smooth voice. Checkout Willy Lamar new single “Waking up from the Dead” after the jump and lookout for his new EP “That Good Love EP” in September.

This site uses Akismet to reduce spam. Learn how your comment data is processed.